From a weather perspective this was one of the best of the Nakusp runs. Eight cars participated; three made it a one day trip and the rest stayed overnight in Nakusp and took the trip to the garlic festival. After breakfast and or meeting at the Jammery we headed North on Highway 97 to meet with two cars at OUC Vernon for the trip East on Highway 6 to the Needles ferry. The best part of the road for Miata driving enthusiasts (past the Monashee summit) had been re-paved and was a delight to drive. The bad news was there was no entertainment this year; there were no cattle being moved along the highway.  After a full ferry crossing (we just all made it) we took a lunch break at the picnic area on the East side. A one person local industry was selling hot dogs for the benefit of hungry ferry crossers. After lunch we motored on up to Nakusp and then to the Hot Springs (on another Miata friendly road) for a soak.

This year the group supper was at the K2 Lodge (formerly the Kuskanux Hotel). Nakusp was "very busy" this year with three weddings on "our" weekend, resulting in some impact on the service (Nakusp has never been good with handling groups of more than five or six). Sunday morning under another cloudless sky, we headed for the hills, the Hills Garlic Festival that is, in New Denver. On the way we stopped at the Summit Lake rest area for a photo op and a stroll down to the lake. Unfortunately there were no little baby frogs making their way down to the water, but the scenery was spectacular. At the festival we strolled among the many outdoor booths. Everything garlic was represented plus there were a lot of craft booths and some busy food booths. At about noon we regrouped to say our goodbyes and that officially ended the run, leaving the participants to find their own way home at their own pace. 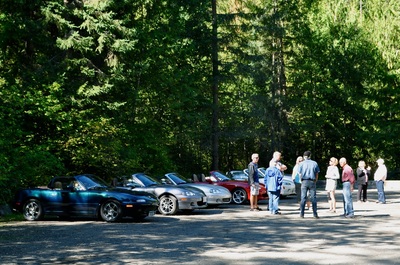 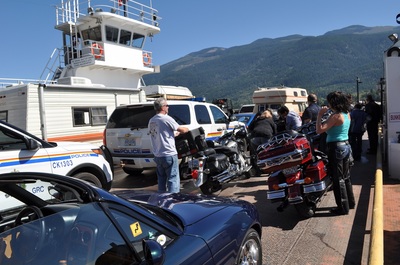 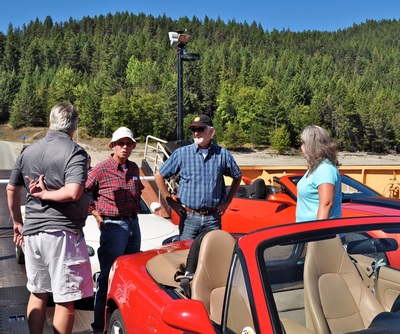 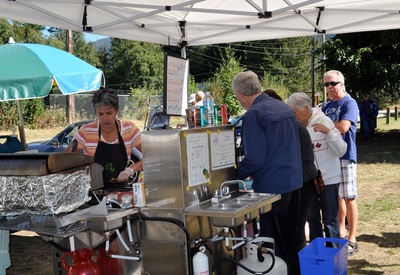 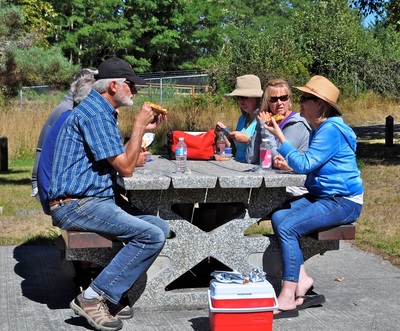 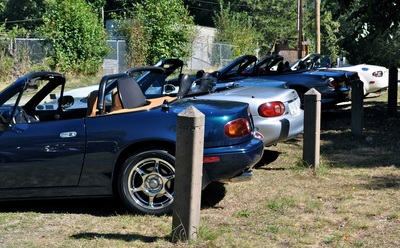 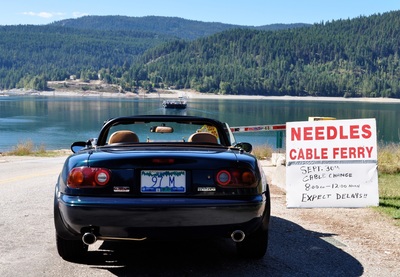 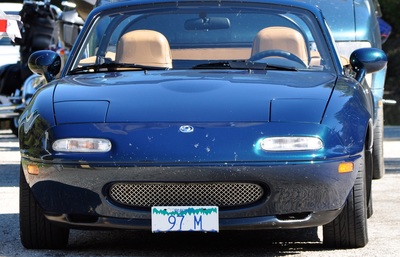 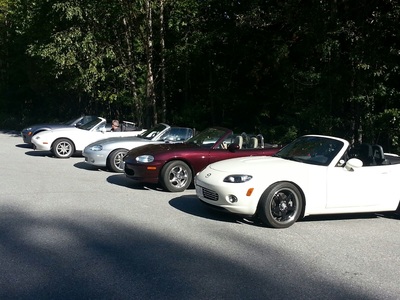 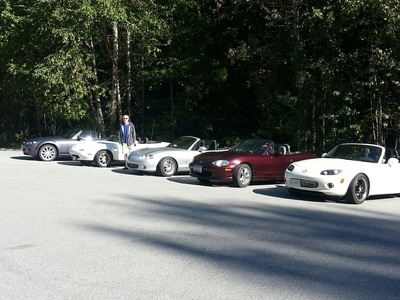 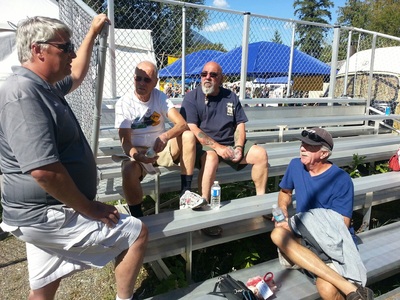 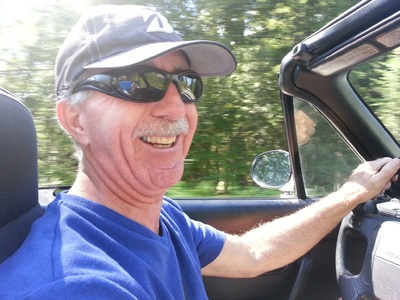 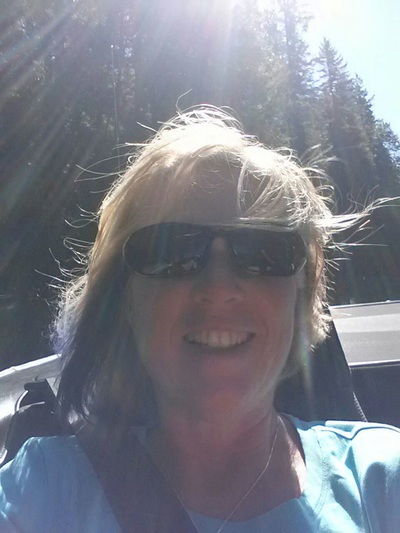 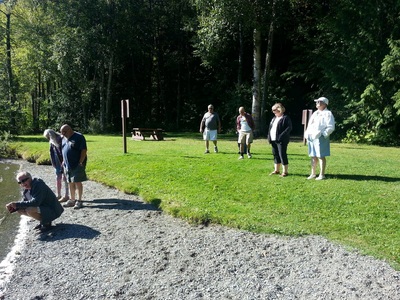 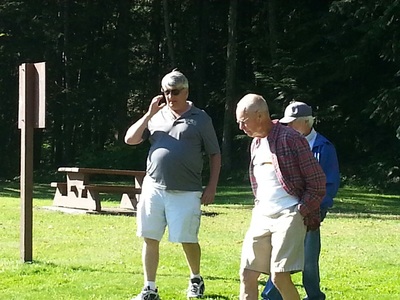 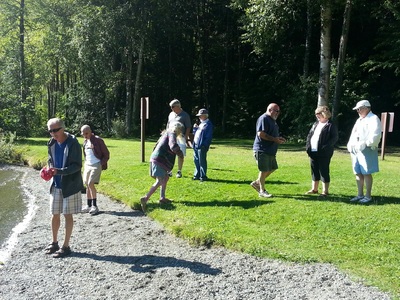