Al and Bev led the 14th annual Tickleberry Run, the first official run of the year. The day was rainy and cool but after being postponed a week 14 Miatas took part in the run.  Starting at the new Okanagan Lake Shopping Centre, we drove up around the heights of Rose Valley, then across Highway 97 and along Boucherie and Gellatly Roads to connect with Highway 97 to Penticton. After a brief stop at the Penticton & Wine Country Visitor Centre we continued to Green Mountain Road. Casey led this part of the run and he and Tim proceeded to run away from the rest of the group. After a stop at Yellow Lake we took Twin Lakes Road to St. Andrews By The Lake Golf Club for lunch.

As the rain had kept most golfers away we had the facility to ourselves. After a group photo we took Green Lake road down the mountain to Highway 97 and on to Tickleberry's for the traditional ice cream. Bev negotiated with Tickleberry's and got our ice cream cones upgraded to complimentary waffle cones. After the ice cream everyone went their separate ways home.  Several member tried to go topless on different occasions during the day when the rain let up, but this did not last long. 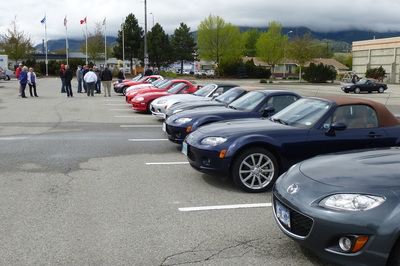 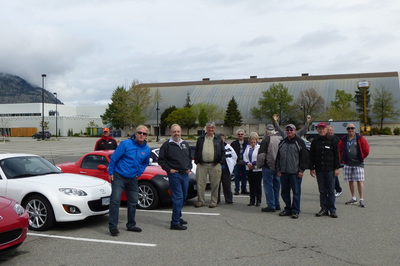 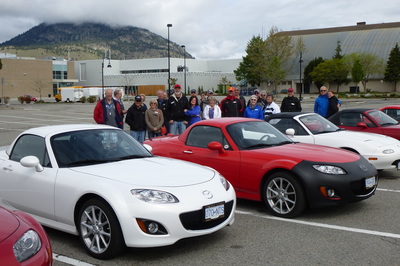 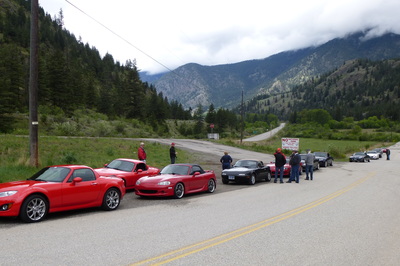 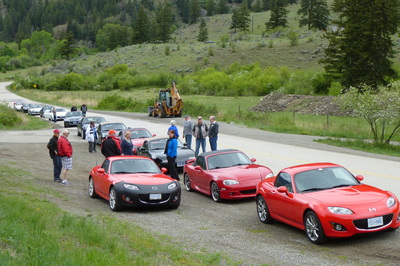 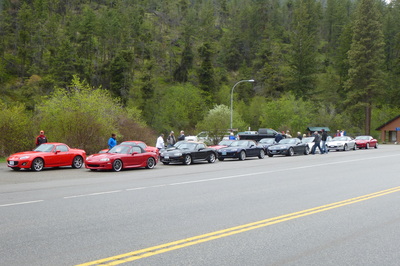 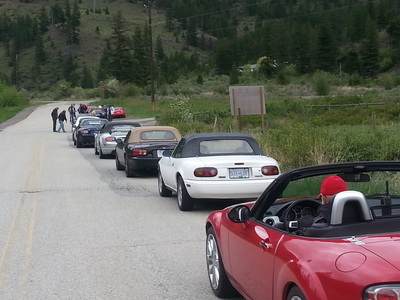 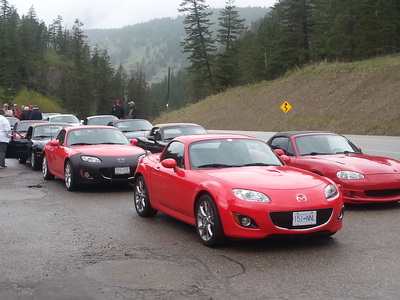 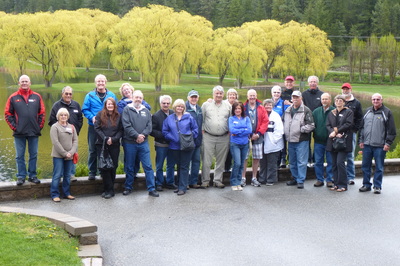 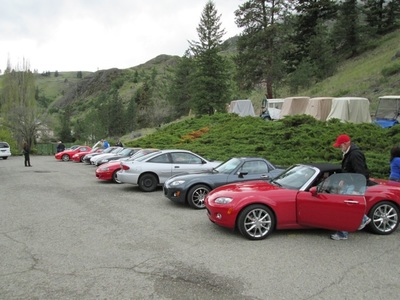 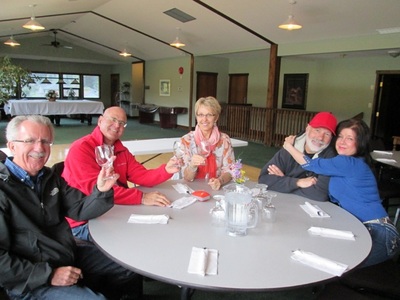 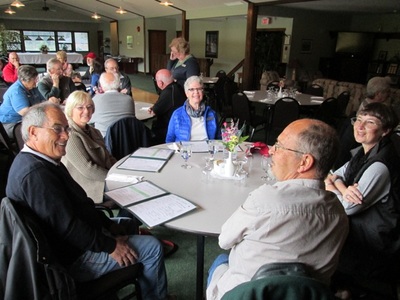 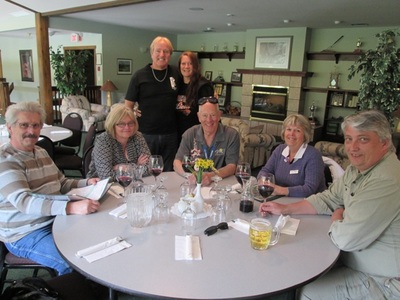 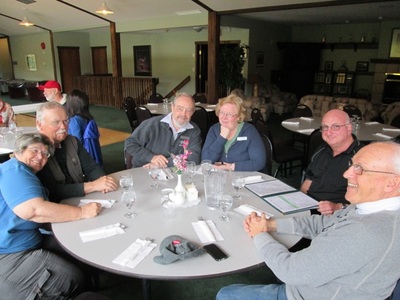 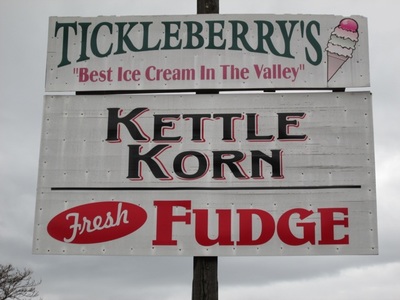 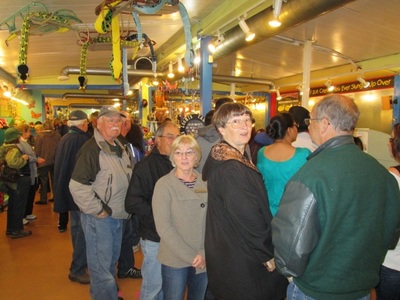 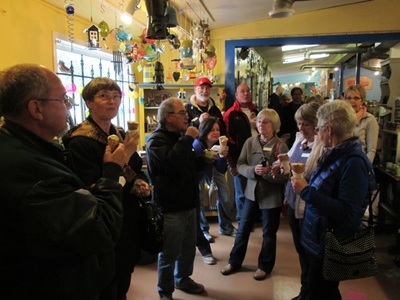