September 24 run to the Edge of the Earth

Thirteen MX5 Miatas took off in the drizzle from West Kelowna and had a nice spirited drive up Westside Road. We stopped part way to put the tops down.  We then went on the back roads to Armstrong arriving at the very small family run Edge of the Earth winery. We arrived a lot earlier than Bruce had told the owner so they were not quite ready for us. Once all was sorted we sipped and savoured some of their products. They were sold out of a couple of reds. Many bottles were purchased which had the lady of the house in the back garage putting labels on the bottles as they were sold.
Casey then led the group via some Vernon back roads until we arrived at Friesen’s Restaurant. They had very kindly held 24 seats for us during a very busy time for them. The soups and sandwiches are truly amazing. A lot of take away desserts were also purchased.
Of course by now the sun was out and everyone drove home with smiles on their faces. 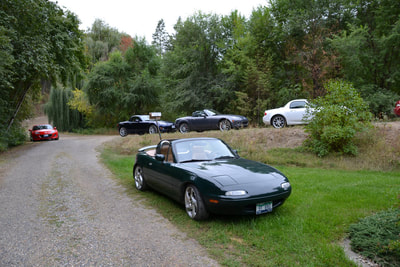 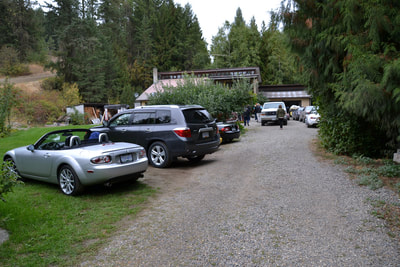 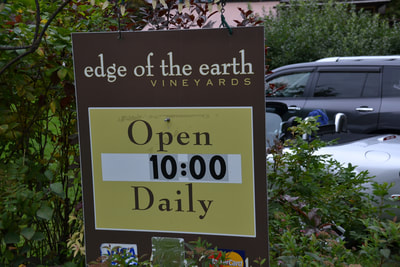 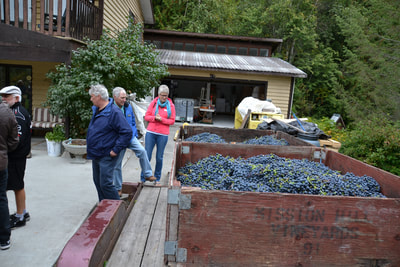 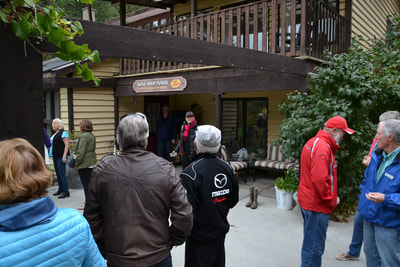 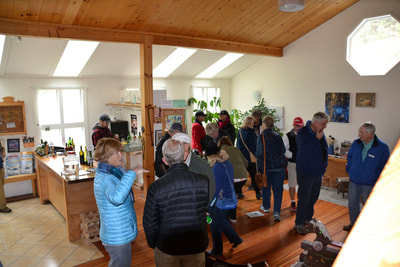 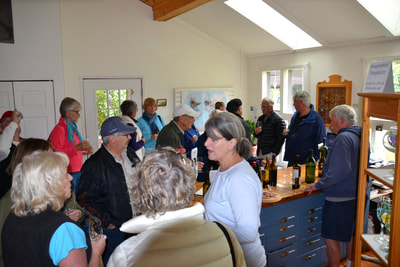 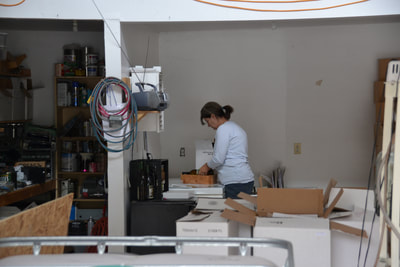 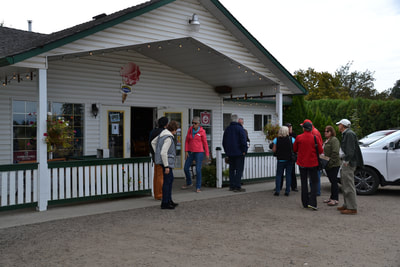