Mazda Canada invited Miata owners from clubs across the country to come and sign their name on the 1,000,000th Miata to cross their Hiroshima Production Facility. It was to be the only public appearance in Canada of this Japanese Spec right hand drive ND model.

I was honoured to be asked to represent the Okanagan Valley Miata Club. On a mild and rainy Sunday morning I drove our daughter in law's Mazda 3 some 150 kms into the Greater Toronto Area, specifically Mazda Canada's Head Office in Richmond Hill. The event was to run from 1:00 to 4:00 pm but I gambled that someone in charge may permit this long time Miata aficionado to get a sneak peek before the anticipated large crowd arrived so I arrived an hour early.

My plan worked! Heather Boutcher and her fellow gracious Mazda employees granted me early access. I was able to snap some photos, procure my special occasion Millionth Miata tee shirt and wander about the huge Mazda warehouse with my long time Pal, Dave Biagioni, of Dave's Garage Miata Specialist fame.

There were over a hundred members from Trillium Miata Club in attendance plus a healthy dose from the Miataphiles of Toronto. Chris and I were associated with both groups while living back east, going back nearly twenty years, so I had a blast reconnecting with these folks.

After questioning the event organizers, it appeared that OVMC had indeed sent a representative the furthest distance, a bragging point we rightfully earned.

The first 250 people in line were issued wrist bands, allowing the wearer to sign the car. Again, I thank Heather, for showing me where to stand, ensuring that I would be one of the first signers. We were given specific instructions such as no touching the car with your hand, sign only your name (no club names or logos), keep your script within the tiny gridded area and don't shake the signing pen, it was actual paint and would spray all over the car.

Have you ever attempted to hold a rather clumsy marker in mid air, while stooped over and being closely monitored by five, yes 5, rather beefy fellows in Mazda golf shirts? I tried, I really tried to make my signature legible but after my first "S" it became apparent that Steve Berry was never again to be read. Rather some childish scrawl was permanently etched upon the hood of this beautiful roadster.

After its Canadian debut on October 16 this car was on its way to Irvine, California, before embarking for Australia and New Zealand. Following similar Miata Club signings there this One Millionth Miata is destined to be on permanent display at the Mazda Museum in Hiroshima.

Many thanks to our fellow members of the OVMC for allowing me the opportunity and honour to represent on your behalf. 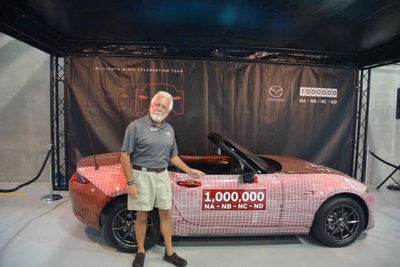 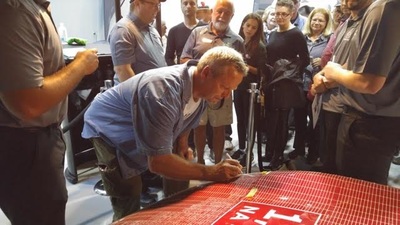 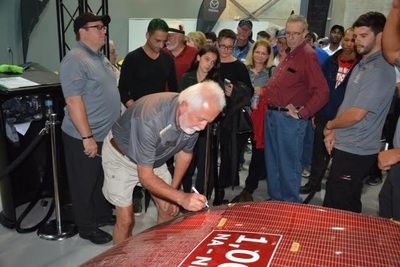 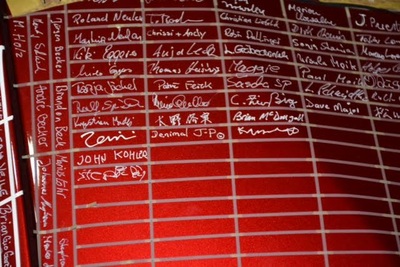 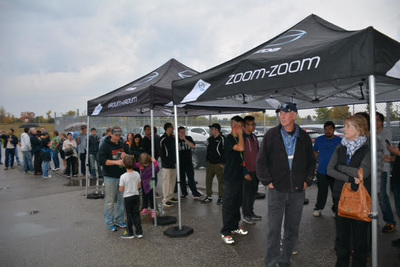 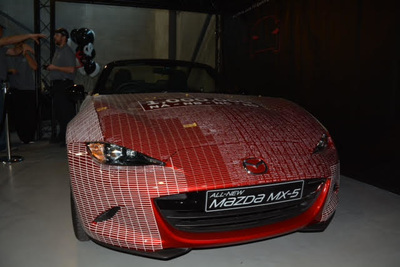 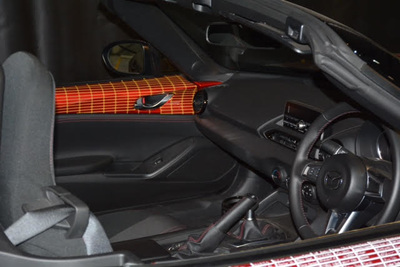 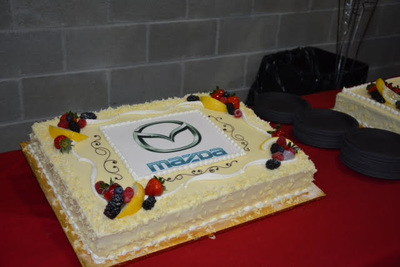 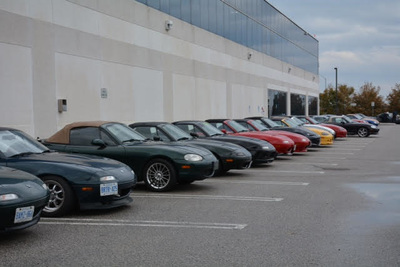 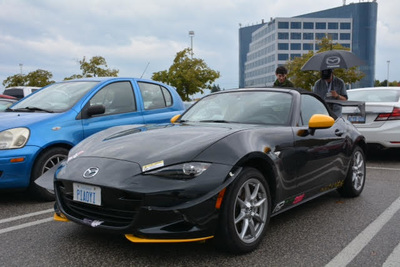