This spring was one of the coolest on record, but about 20 cars braved the frigid temperatures to take the the first run of the season to Tickleberry's in Okanagan Falls. The Green Mountain Road portion of the run was bypassed due to the very real threat of snow, but the group pressed on to the lunch stop in Oliver where the weather was a bit more reasonable. After lunch it was on to Tickleberry's for some superb ice-cream. The weather deteriorated again and many tops went up before heading for home. But despite the less than ideal weather it was still a great drive. 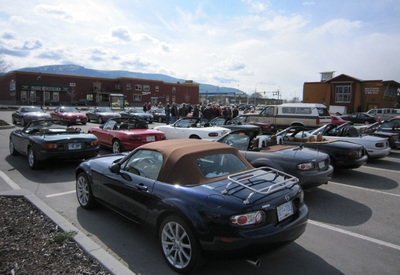 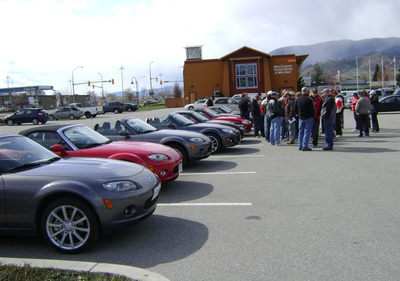 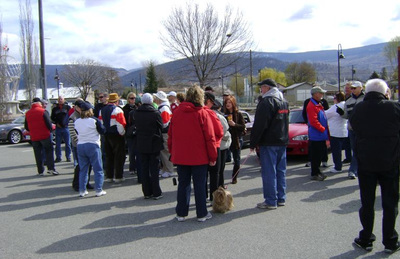 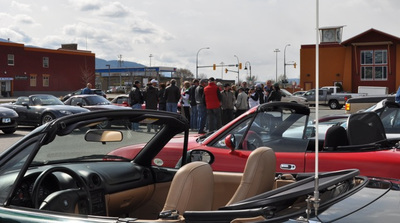 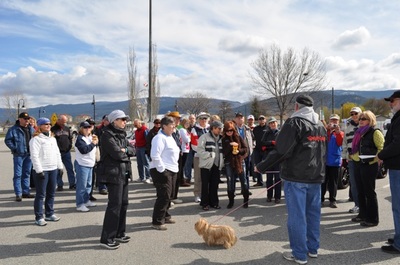 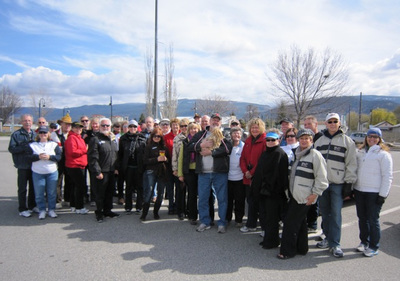 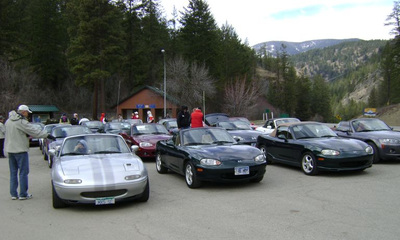 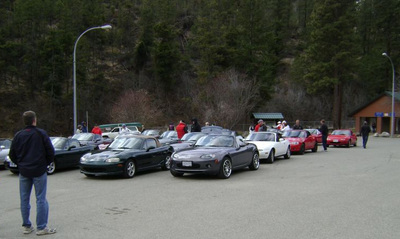 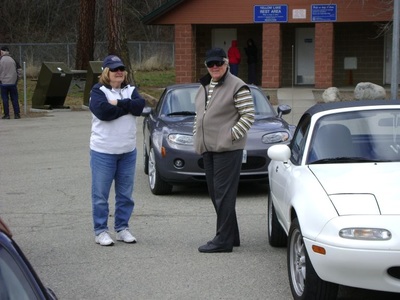 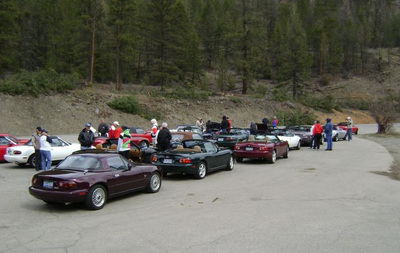 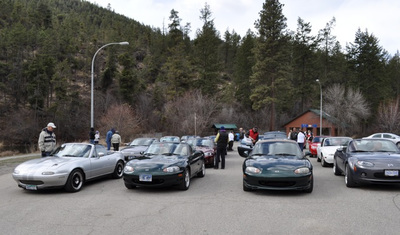 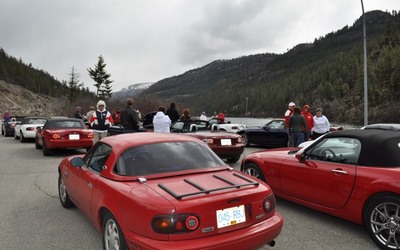 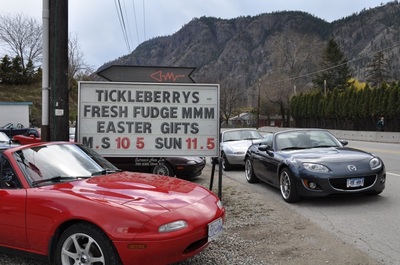 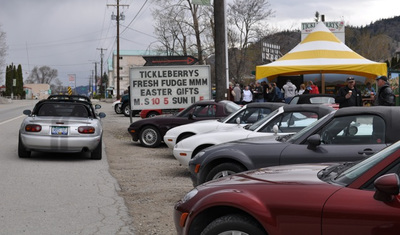 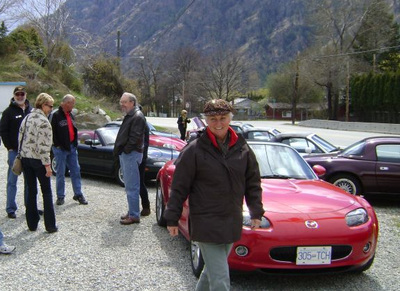 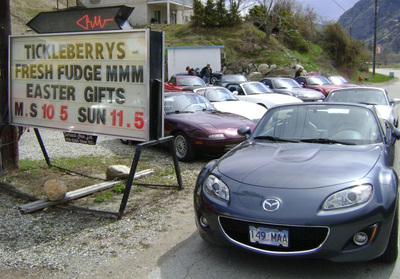 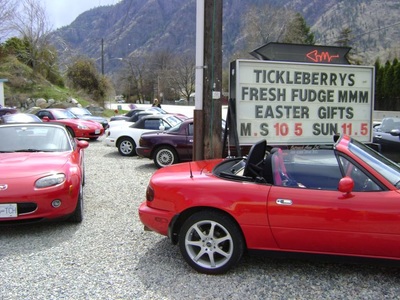