When Alert Bay (northern Vancouver Island) residents Debbie and Kim flew into Kelowna to retrieve their newly-purchased 2005 Mazdaspeed, the 13 OVMC cars led them on their first ever Okanagan Valley Miata adventure.

It was a glorious day as we toured East Kelowna and made our way to Naramata for a picnic lunch at Manitou Park.

From Naramata we drove Green Mountain Road, then after a short rest stop at Yellow Lake we hurled ourselves off into the scenery once again, emerging about 2,000 grins later in downtown Oliver. From there it was only a short drive to Okanagan Falls for... you guessed it... ice cream at Tickleberry's.

There were a few more backroads to be explored east of OK Falls before we began our return leg through Penticton via Eastside Road. Those who drove the entire journey put nearly 325 top down kilometres on their cars. 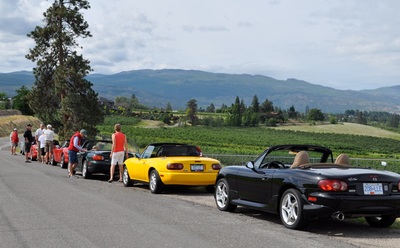 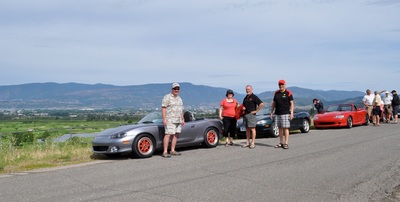 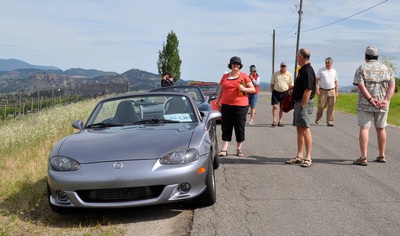 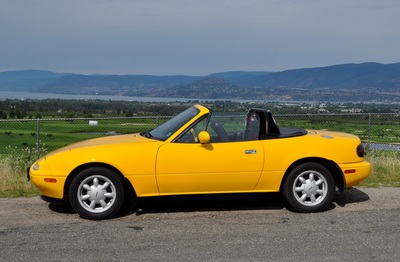 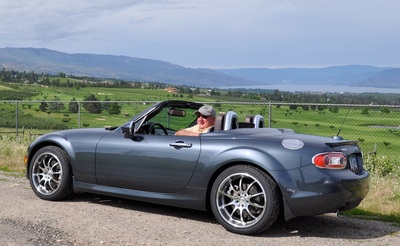 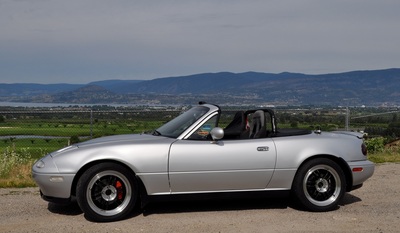 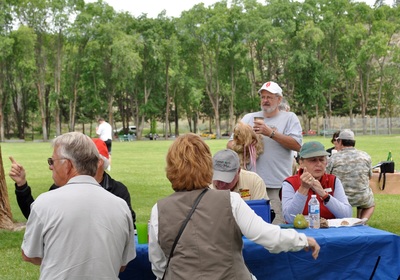 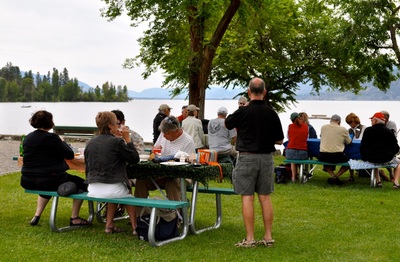 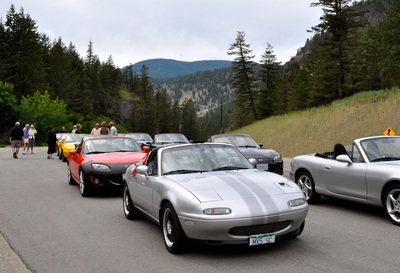 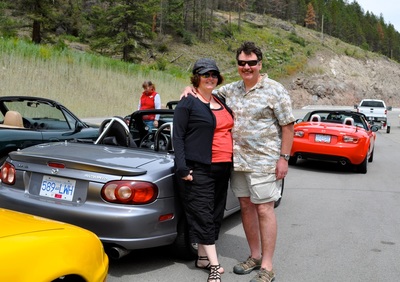 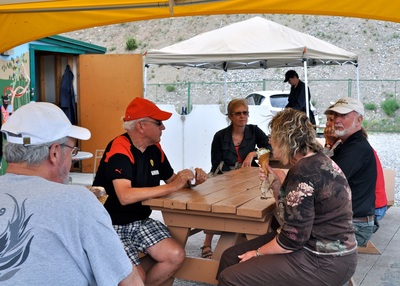 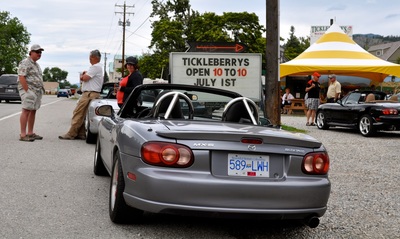