The 10th annual (we think) Nakusp Run began with breakfast at the Jammery. Our group of about 10 cars headed East on Highway 6 towards the Needles ferry, and somewhere near the Monashee summit we encountered a herd of cattle being moved down the highway, presumably from a summer pasture to a warmer location for the winter. After they passed us we moved on to the ferry and took a short lunch break. After lunch we motored up to Nakusp and then to Hot Springs (one of BC's best, and another very Miata friendly road) for a soak. There was a group supper at the Leland Hotel in Nakusp (BC's oldest continuously operating hotel).

The next morning we were off to the Hills' Garlic Festival in New Denver (it had long since outgrown Hills). On the way there we stopped at the Summit Lake rest area to get a group picture. It is a beautiful spot and full of frogs. This time of year the baby frogs to go down into the water in preparation for winter. There were not as many as usual this year but enough not to disappoint. At the festival we strolled among the outdoor booths taking in everything garlic. About noon we met at a pre-designated spot to say our goodbyes and dispersed on varying routes home.

Bill then lead a pack of five Miatae north on a side-trip to Revelstoke. Two of the cars pressed on for home while three went for a quick drive up Mount Revelstoke. After stopping at a few viewpoints to take in the views of the Monashee mountains, we grabbed dinner before heading home. 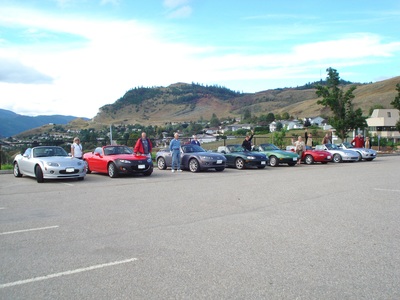 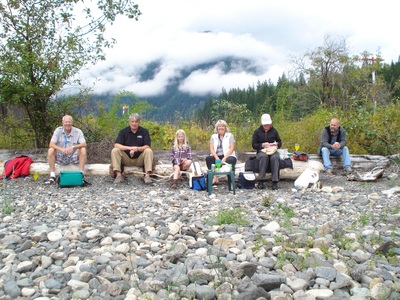 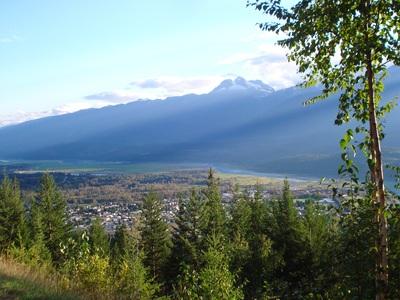 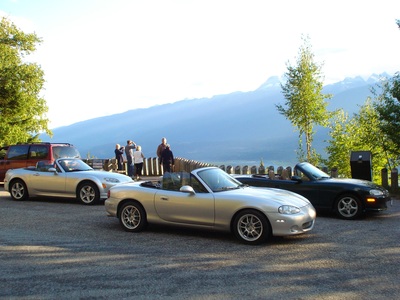 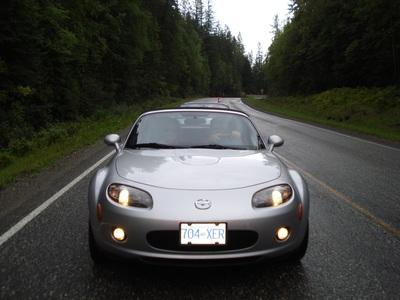 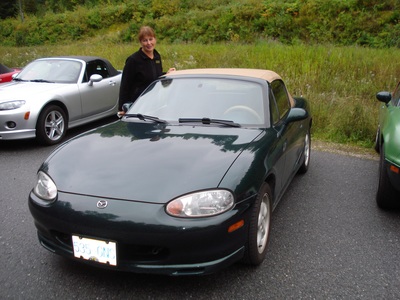 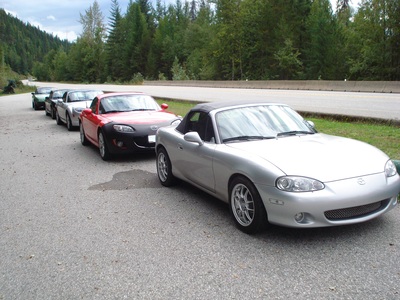 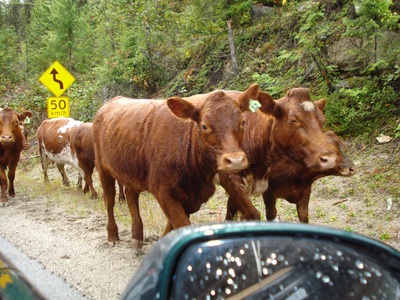 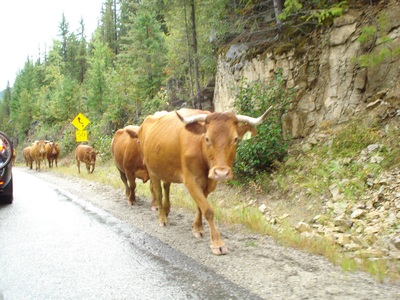 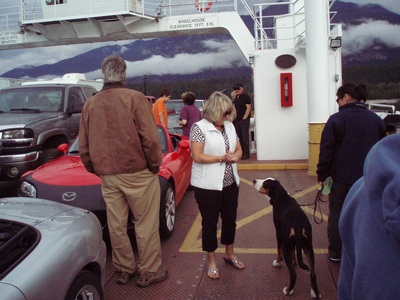 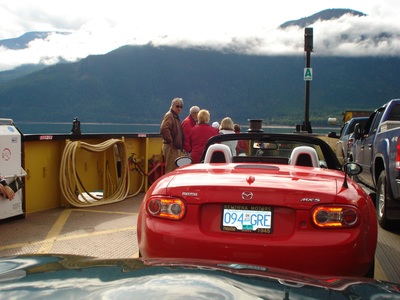 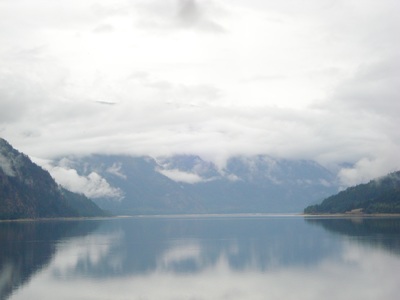 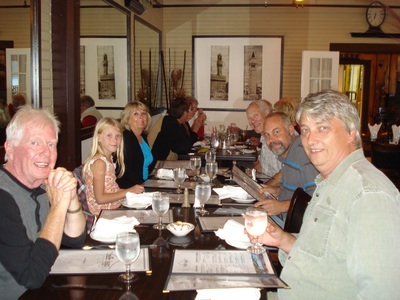 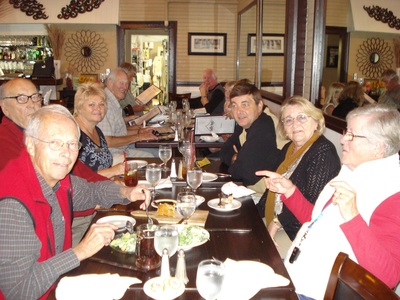 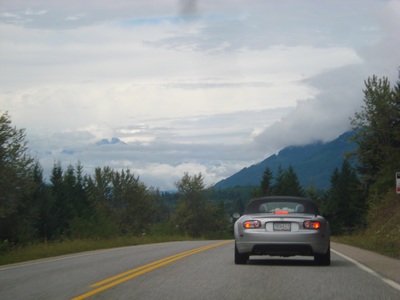 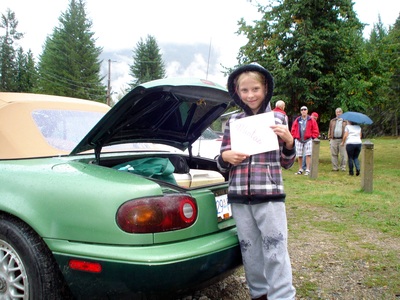 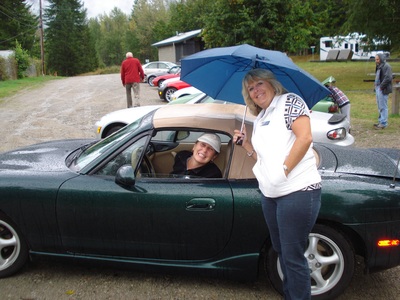 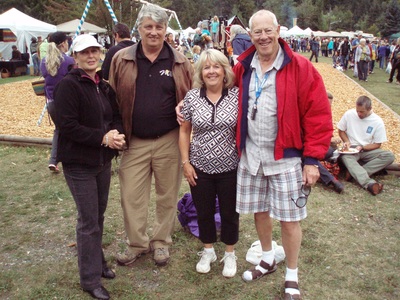 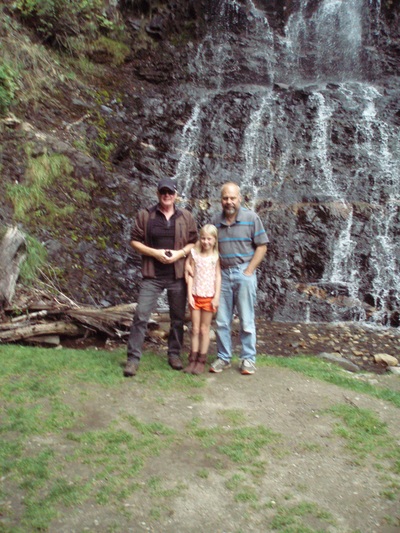 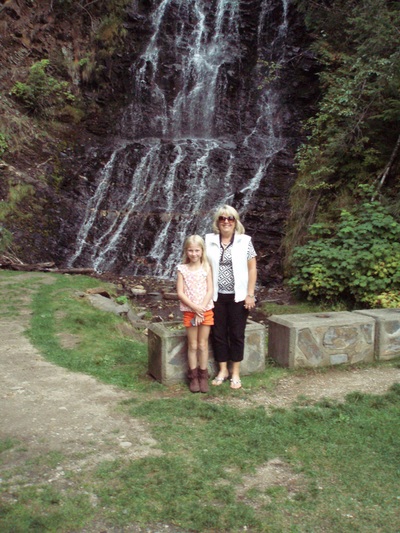 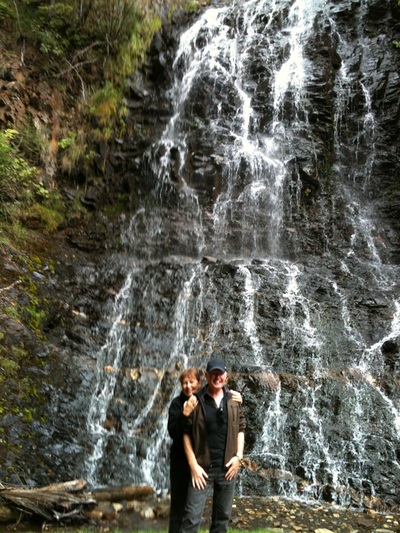 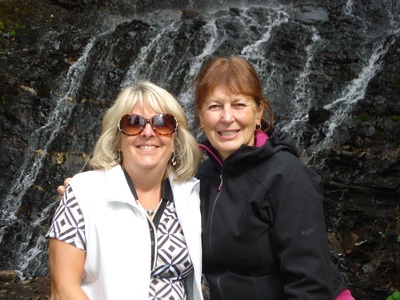